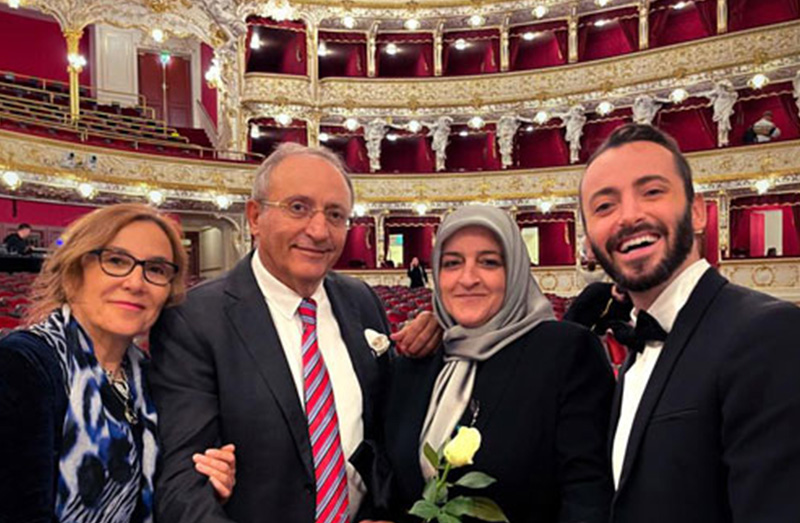 Kenan Yavuz, the founder of the museum, who received the award at the ceremony held at the Prague State Opera, said, “Our museum, which received the cultural heritage grand prize by the European Museum Forum in 2021, and was selected as the Museum of the Year in Europe, in 2022; It is a great honor for our country to be deemed worthy of the European Union Cultural Heritage/Europa Nostra award. The fact that our museum, which we built in my village as a debt payment project on the Anatolian steppes, won the most valuable awards in Europe two years in a row, will greatly contribute to our museum’s announcement of its mission both in our country and in the world. With the excitement of being the first and only museum to have the world’s two most prestigious awards in the field of Cultural Heritage, we will continue to promote the ancient culture of our Anatolia more effectively and stronger on international platforms. I would like to thank the Europa Nostra Jury members who deemed us worthy of such a great award, and all the institutions and friends who supported us, especially our Ministry of Culture and Tourism and the European Union Delegation to Turkey.” In the statement made by Europa Nostra, “Kenan Yavuz Ethnography Museum offers its visitors interactive experiences designed in cooperation with the local people, preserves and keeps alive the tangible and intangible cultural heritage of Bayburt and Anatolia, and carries out effective studies in the field of citizen participation and awareness raising.

We are happy to reward an important cultural heritage achievement from Turkey.” The ceremony held at the Prague State Opera was attended by Mariya Gabriel, President of the Commission for Innovation, Research, Culture, Education and Youth of the European Commission, Martin Baxa, Minister of Culture of the Czech Republic, Hermann Parzinger, President of Europa Nostra, and a distinguished group of guests from all European Union member countries. KENAN YAVUZ ETHNOGRAPHY MUSEUM Built with 5 thousand tons of stone and wood collected from destroyed houses and ruins in the villages on an area of 15 thousand square meters in Beşpınar Village, Demirözü District of Bayburt, the museum was named as “Culture House” from 2013 to 2019. In 2019, it was registered by the Ministry of Culture and Tourism and gained the status of a private museum. In 2021, it was selected as the Museum of the Year in Europe by receiving the Silletto grand prize in the cultural heritage category by the European Museum Forum. (European Museum Forum/European Museum of the Year Awards/Winner of the Silletto Prize) In 2022; The European Union Cultural Heritage won the Europa Nostra (European Map Awards) grand prize, becoming the only museum in the world to have two major awards in the field of cultural heritage. After the awards it won, the museum was flooded with visitors from home and abroad; It hosted 70 thousand visitors in 2021 and 2022.