The Silletto award began to be exhibited at the Kenan Yavuz Ethnography Museum in Bayburt. 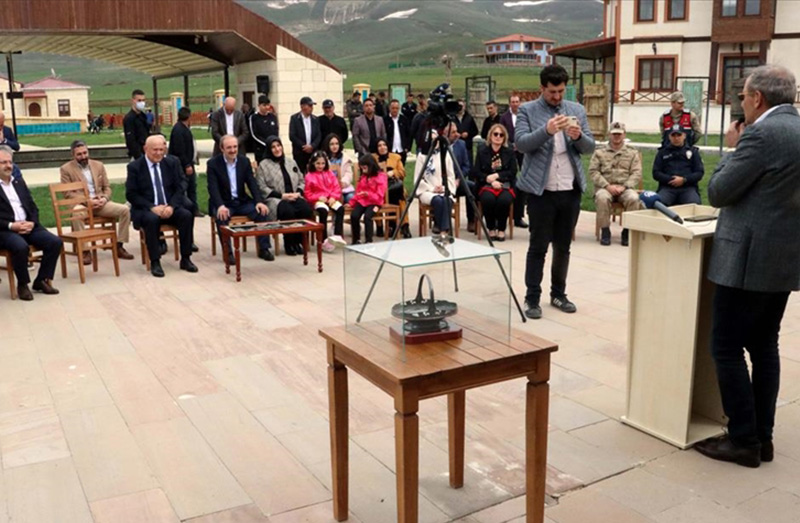 Kenan Yavuz Ethnography Museum in Beşpınar village of Bayburt started to exhibit the “2021 Silletto Award” it won in the “European Museum of the Year Awards” competition.
Speaking at the ceremony held at the museum, Bayburt Governor Cüneyt Epcim said that the award, which had a great success in Europe last year, was given to Bayburt with the significant contributions of Kenan Yavuz, the Founder of the Museum, and his wife.

Pointing out that the award is a result of the Yavuz couple’s love for Bayburt and Anatolian culture, Epcim said, “It is a prize with great moral value. It should be known that most cities in Europe are after this award. It is a great success for Bayburt. It is a great achievement for our country.” said.

Epcim stated that after the epidemic process, cultural tourism will grow and Bayburt will get a much larger share of this cake with its award-winning museums.

Noting that Bayburt is a very important point of Anatolian culture, Epcim said:

“At this point, Bayburt has a lot to contribute to world cultural tourism. We believe this. As of now, there is an issue that I would like to inform all of Turkey. We are the only city in Turkey awarded with two museum awards by the European Museum Forum. In fact, according to my findings, there is no other city in Europe that received this award in the same province. That is why we are very proud of our Baksı Museum and our Kenan Yavuz Ethnography Museum.”

Explaining that the award was brought to Bayburt from Dublin, Kenan Yavuz, the founder of the museum, said that the institution that won the award before them was the 14 Henrietta Street Museum.

Reminding that the “Tiny Basket”, made by the British designer Archibald Knox and recognized as the Silletto Award in the world, is given to the winning organization to be exhibited every year, Yavuz said, “It is a 200-year-old basket with a very spiritual meaning. Its size may be small, but its spiritual value is very high. The most valuable award in the field of cultural heritage in the world. We won this award for our successful work in making cultural heritage visible and acting with local people and integrating with their environment, nature and culture.” he said.

Stating that they will present the award to the winner of 2022 at a ceremony to be held in Estonia in the coming days, Yavuz noted that they will have the opportunity to talk about Bayburt at the ceremony that will be attended by all the museums that have received awards.

Yavuz emphasized that they are trying to keep the forgotten beauties of Anatolia alive and thanked all the participants.

Mayor Hükmü Pekmezci also conveyed his congratulations to Kenan Yavuz, the founder of the museum. The ceremony concluded with the placement of the award in the exhibition hall.